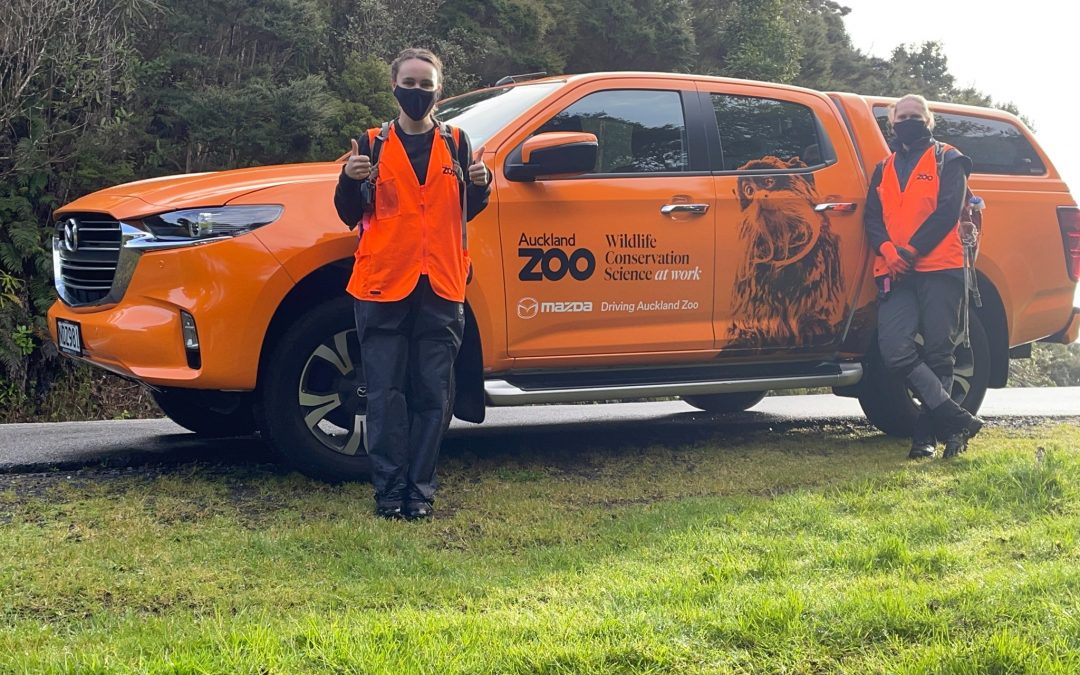 Kia ora koutou! Despite lockdown interrupting the kōkako census for a second year, after a 6 week break the Auckland Zoo team are masked up and back out in the field tracking down our kōkako.

Getting up early pays off for those keen to hear kōkako. While the Zoo team are on the ground at the crack of dawn, two tracks open to everyone are great spots for hearing (and if you’re lucky seeing!) kōkako until 8-10am, depending on the weather. Head along to the Cutty Grass Track or Spragg’s Bush, and please remember to let us know if you hear or see kōkako anywhere in the Waitākere Ranges. With 36 kōkako spotted so far during the 2021 census, things are going well given how long lockdown kept us from the field. Due to time limits the team are just following up known kōkako territories, and have re-found all kōkako from last year’s census except for 3 they’re yet to target.

Of the 11 pairs spotted so far this year, 4 have been together for the last 3-4 years. Three are new pairs due previously paired kōkako splitting from last years’ partners to form new pairs this season. See the family tree below (click for bigger image) of all 8 pairs with banded kōkako. The other 3 pairs not shown are made only of unbanded (UB)  kōkako, so we know that they were born at the Ark, but not their whakapapa.

The Auckland Zoo team have also spotted 2 of the 6 kōkako that were banded last summer. As you can see in the family tree, one of last year’s chicks (GM-WR) has paired up with Pūtahi (a third generation Ark kōkako), and has already been seen carrying moss ready to build her first nest!! Gallery below (scroll): photos of Grant and her new unbanded partner, taken early October by Erin Grierson & Casey Will from Auckland Zoo. 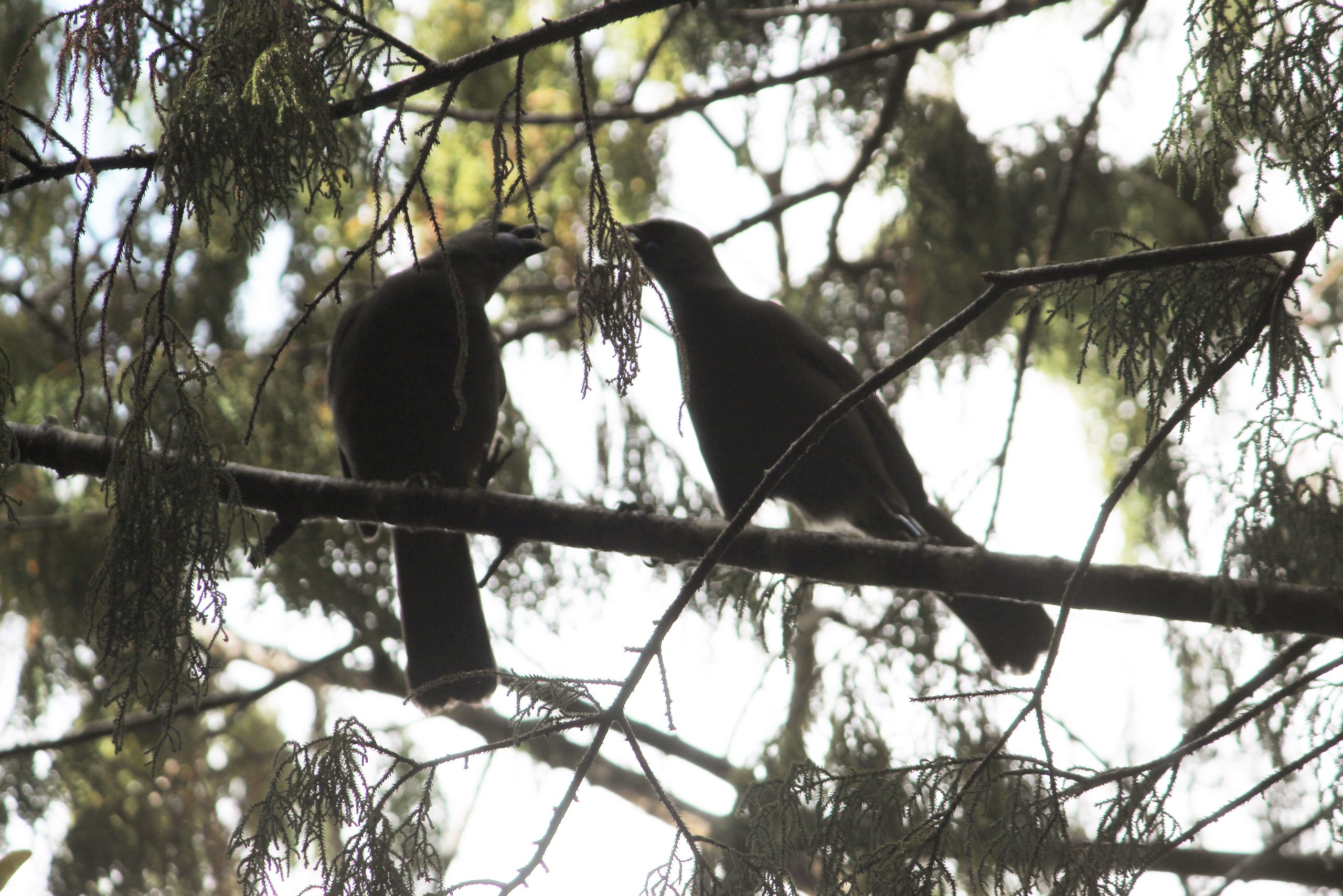 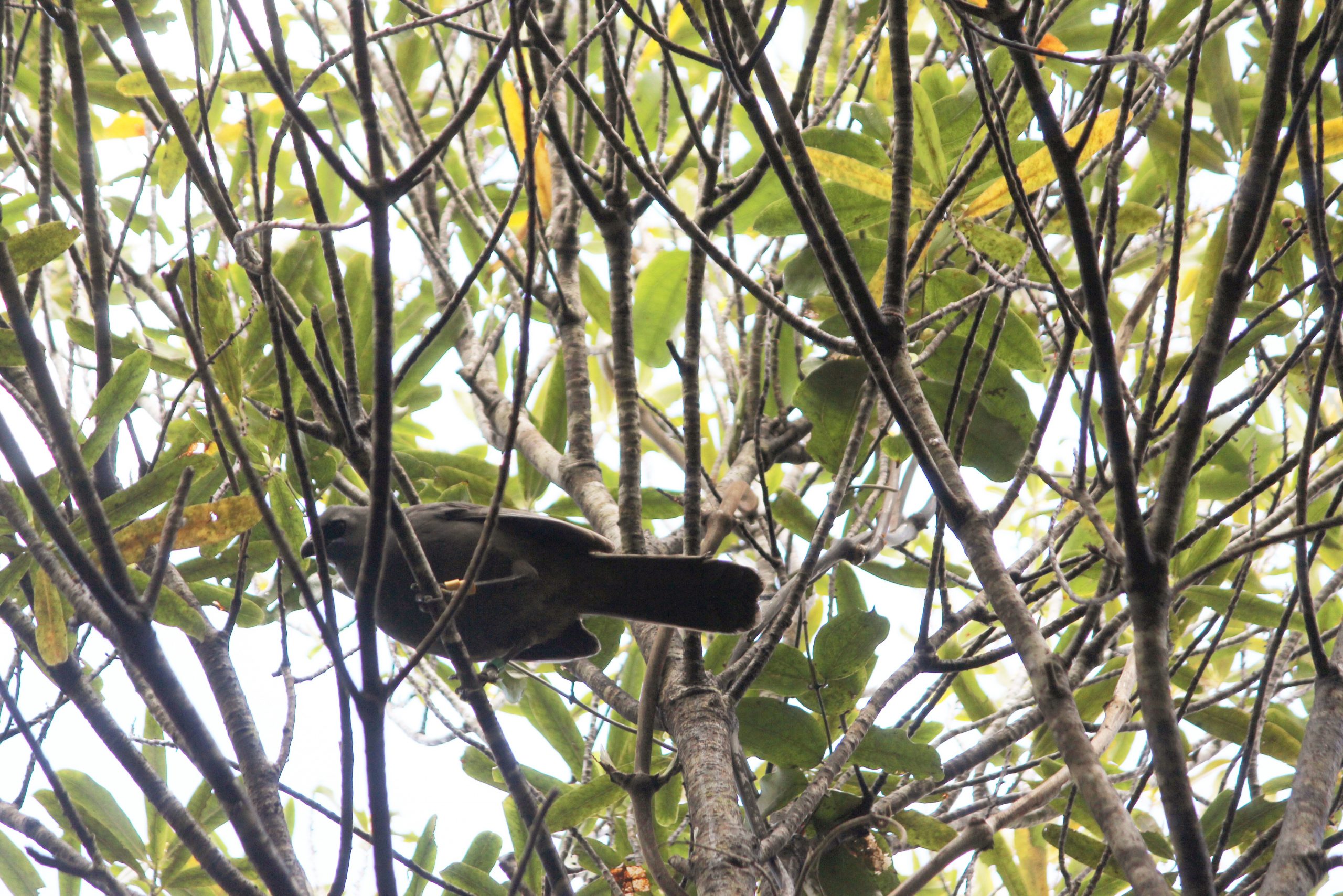 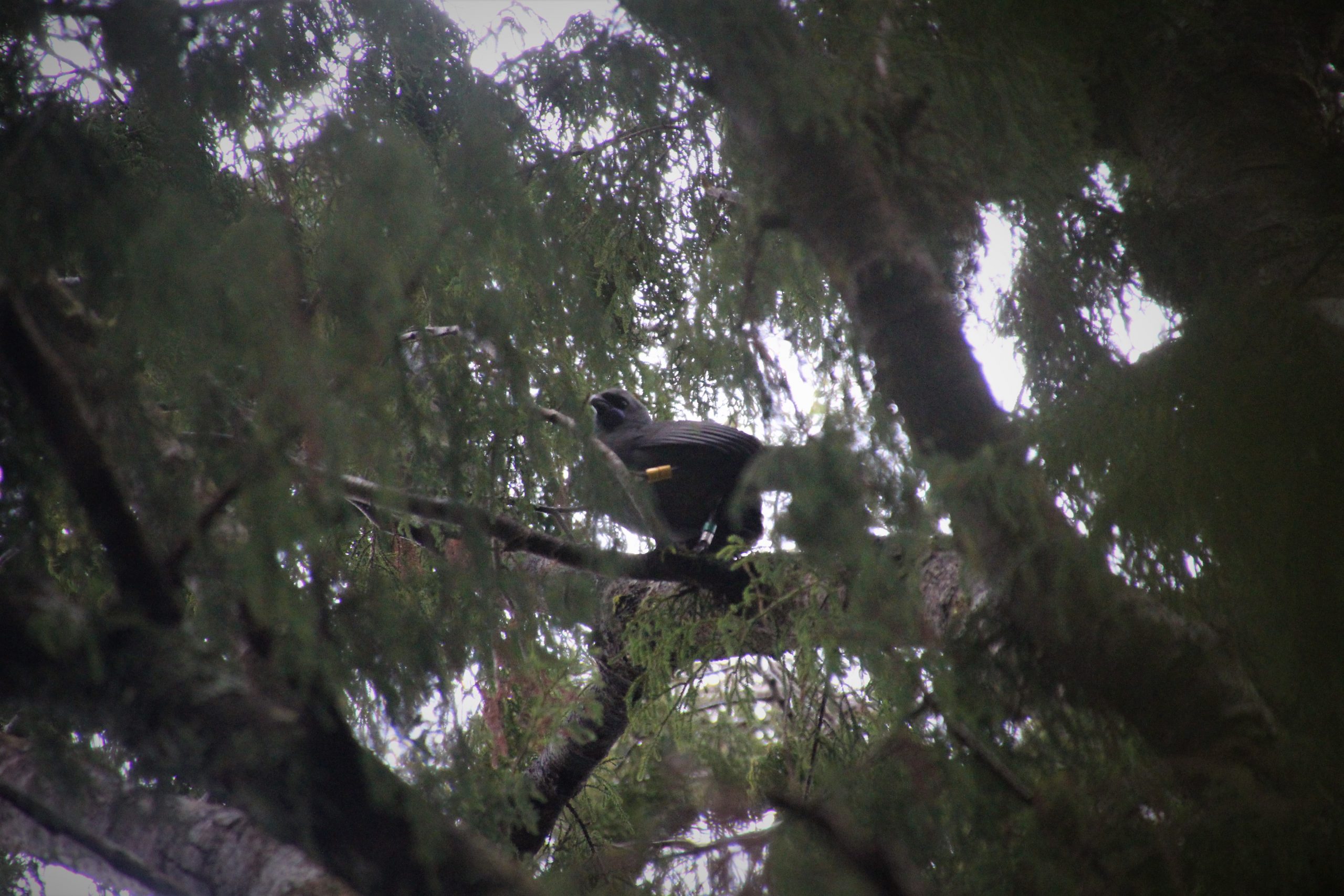 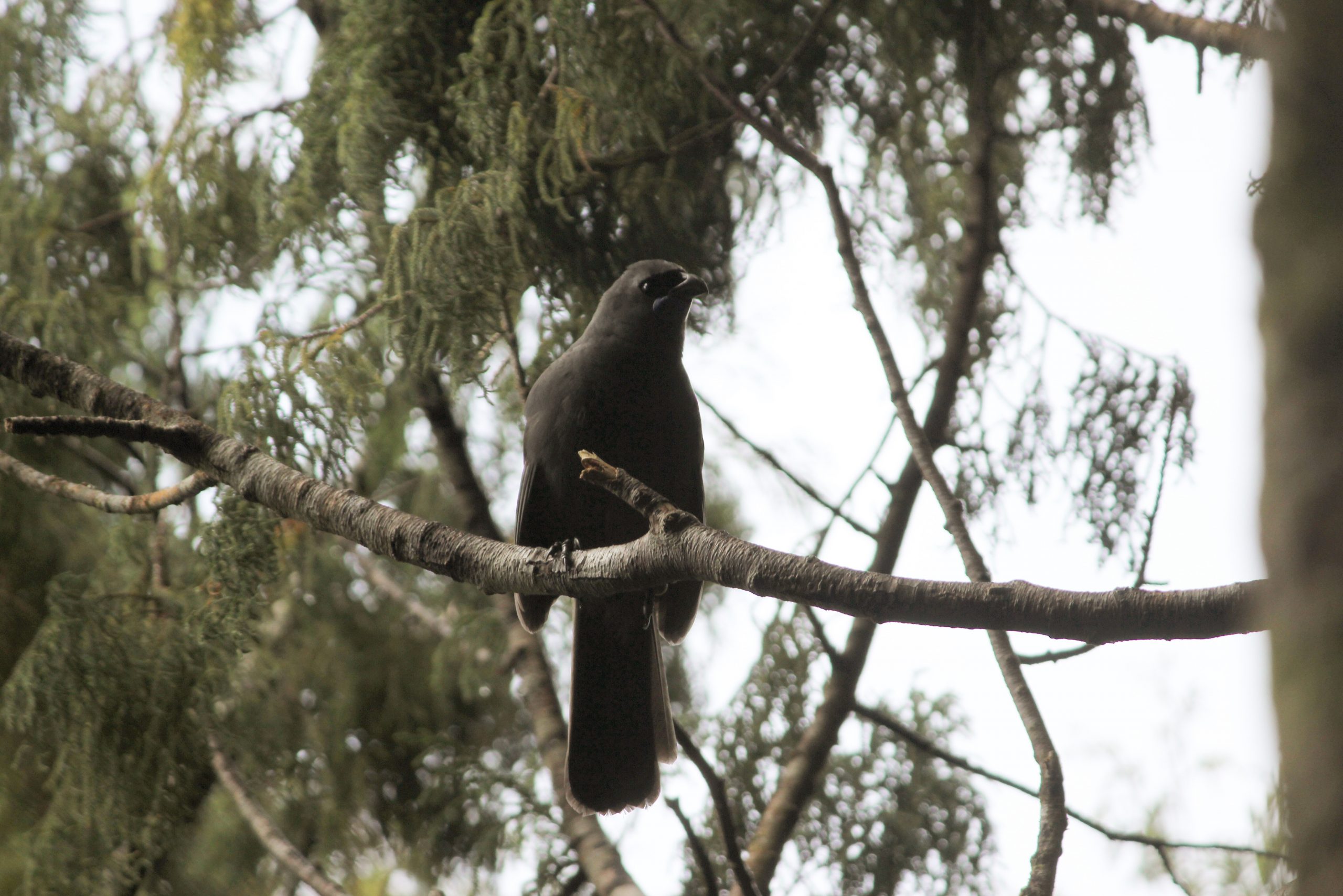 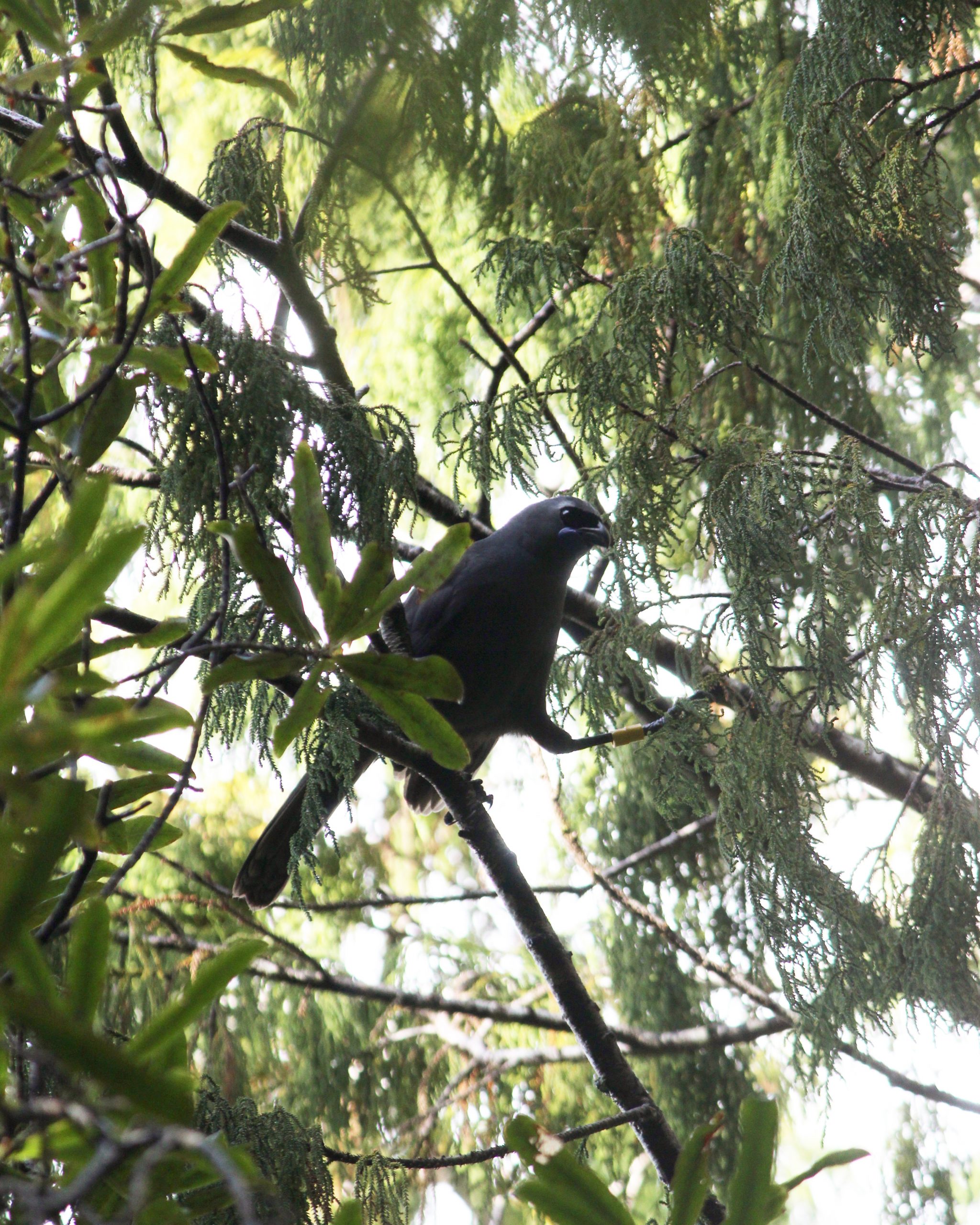 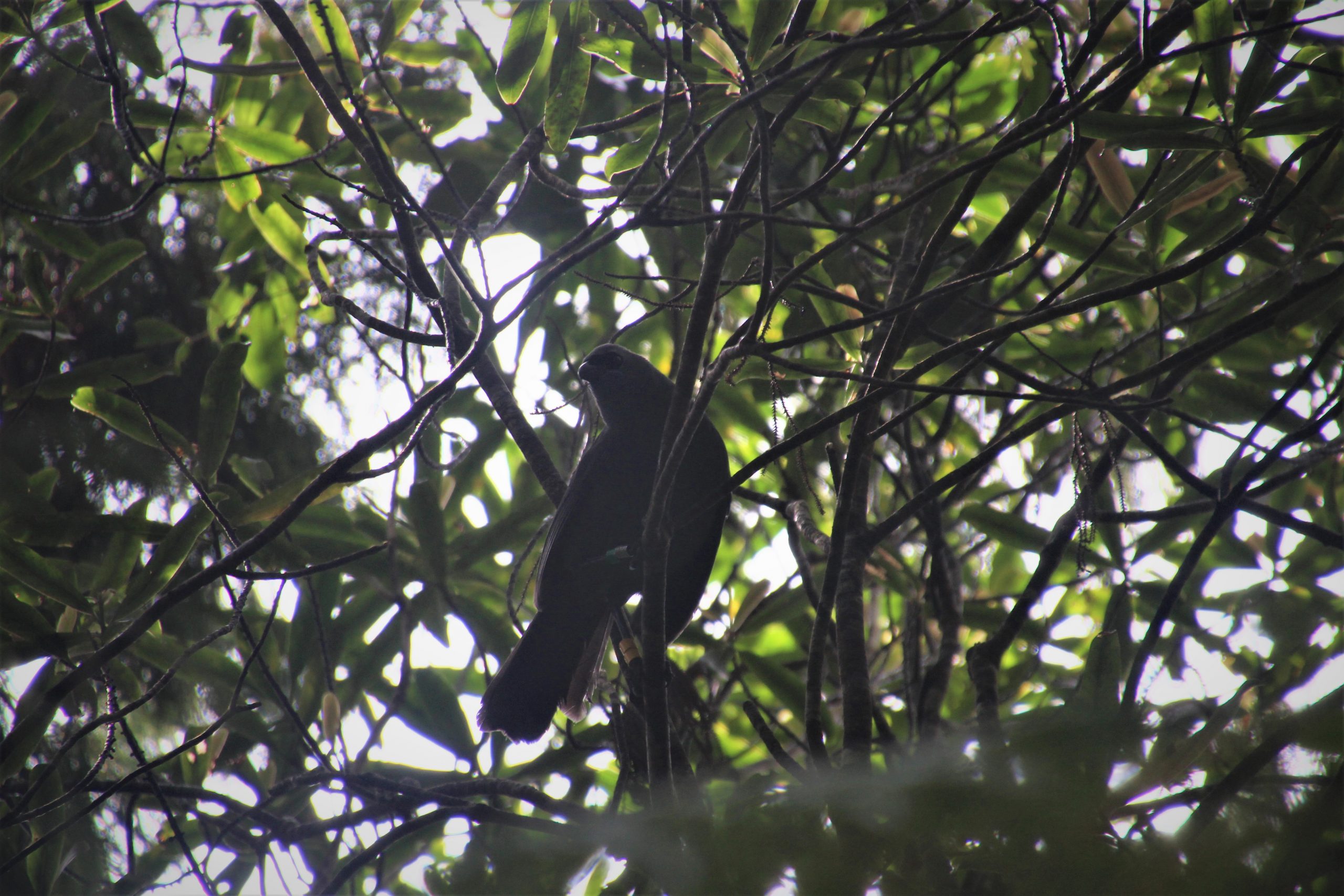