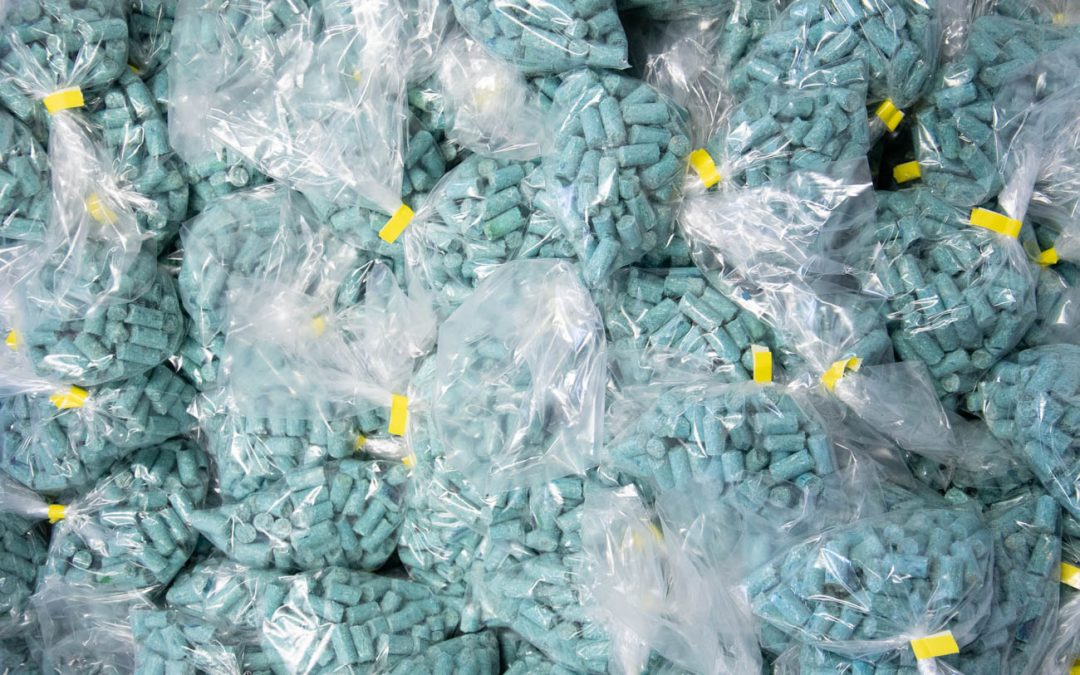 While baiting was on hold during wasp season, our tenacious trappers continued to service their lines and protect the Ark from pests. Below we share the latest trapping results, pest monitoring results, and share some news from our trial traps.

Baiting, the other way around.

On April 17th, baiting began in reverse in the Southern blocks of the Ark, starting first in Nihotupu Block and moving northwards through Cutty Grass South, Cutty Grass North, Kōkako and Ian Wells blocks. This is a little different to how baiting would normally occur, rolling down from the North to the South. However,during Summer the baiting round was cut short by the irruption of wasps, and some lines in the South had to be left unbaited. The South is prime kōkako territory, where nests occur and young are fledged each year.  Protecting this most valuable asset is top-priority for baiting this Autumn, and replenishment of bait stations will therefore begin in the South.  Because monitoring has detected a high index of rats in the area, double bags of brodifacoum (taped yellow) will be placed in each station, as an extra precaution.

It is ironic that the dense vegetation which makes the South ideal kōkako habitat, also makes it ideal for rats, and a challenge for humans to access.  Lines in these blocks are rugged, traversing swamp, deep holes, cutty grass (Gahnia spp.), kiekie and pitching in places down steep slopes.  Long sleeves and thick gloves are a must-have, and slashing back vegetation is needed just to get through in places. However, it’s challenge that brings the greatest reward as well as the chance of spotting a mātātā fernbird, and it’s impossible not to feel good about yourself after completing a successful bush-bashing, baiting mission.  The boost in self-confidence is a bonus prize for all the sweat and slog.

Catching rats on trees and on camera…

A trial of Victor – the iconic manufacturer of rodent traps in Aotearoa – vertical set rat traps is being carried out by trap guru Grant Capill.  These traps mount vertically to trees and have a plastic hood to guide rats under the strike bar. Initial catch rates have been promising, and a motion-triggered camera (thanks to Auckland Council) will soon be installed to gather detailed footage of precisely how rats are interacting with these traps, and how effectively the traps are working. Experiments like this are part of the ongoing cycle of investigation and improvement of pest control methods at the Ark, and we look forward to sharing the names of the culprits “caught on camera” with you soon.

Despite the changeable weather of te Wao Nui o Tiriwa (the Waitākere Ranges), we found 2 weather windows for monitoring in our southern and then our northern blocks. For our southern monitor, volunteers set tunnels on day one in early April, then returned and collected data on day two from 89 tunnels across 8 monitoring lines. Each tunnel has an inked centre with plain paper at each end to catch any pests attracted by the scent of fresh peanut butter – as seen in the photo to the right, one model of tunnel uses red food dye as it’s ink, which catches any visitors re-handed! Monitoring from within the Ark showed an average tracking rate of 28.4% for rats, and 4.5% for mice, compared to 30% and 10% (3 of 10 and 1 of 10, respectively) for rats and mice on our ‘control’ line outside the Ark. When comparing north to south, as usual our southern blocks show higher tracking rates for rats; 23% and 35.6% for our northern and southern halves respectively.

Following lockdowns, a rāhui, and wasps, the Ark team has diligently been servicing our bait stations, but the abundance of food over summer has resulted in healthy rat populations. The Autumn baiting round will see a full amount of bait being placed in each station, to knock their population down prior to winter. Our Pig Wallow block with it’s network of A24 traps, rather than bait stations, saw a similar results to the highest tracked blocks from our baits areas – 60% tracking for rats.

If you’re interested in reading more about how we undertake rat monitoring, check out our methods here – and please get in touch if you would like any of our methods templates to share with other conservation groups. The first 5 weeks since the March update (March 17th through to April 20th), we saw a massive trap total of 103 pests (image left)! The same time in 2020 saw only 19 pests caught, as the first lockdown meant field work was indefinitely on hold. Reflecting on the year since then, we are so appreciative to have an amazing team of volunteers at the Ark who have been out in the field every moment they’ve have been able to, making up for lost time. The 103 pests are primarily made up by rats (62), with 22 mustelids (ferrets, stoats, and weasels) also being removed from our ngahere.

The next 4 weeks, April 21st till May 19th, was the end for 83 pests that came across our trapping network – a slightly lower per week average for our traps compared to last month as colder weather settles further (image right). This was 61 rats, and 9 mustelids.

With feedback from volunteers indicating that bait stations within the Ark and private backyards are all being well-used at present, this is a timely reminder that as we head into winter, and natural food resources are reducing, it’s a key time to ensure bait stations are full to knock back pest numbers after what was a good summer for them. If you have backyard traps or bait stations, reach out to our Buffer zone team to get advice for baiting and servicing these, and if you’re yet to join the team please get in touch as our Buffer zone is an important part of our conservation programme – our borders are unfenced, and we rely on neighbours slowing down the reinvasion of pests to keep our kōkako and the rest of the forest safer.

You can explore trapping results further yourself, with the CatchIT map at the bottom of our predator control page – you can adjust results by time period, and by species trapped.